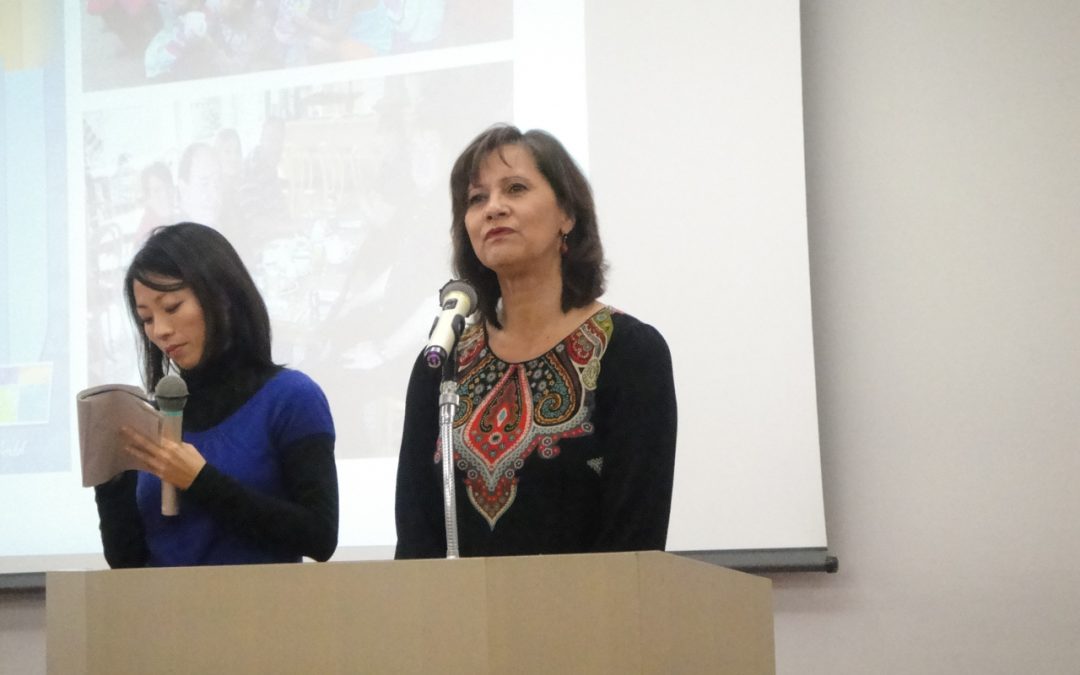 Thanks to all of you who encouraged me, prayed for me, and took an interest in my trip to Japan.  It was a huge success in so many ways and I was blessed to have Chad with me to experience the launching of MannaRelief Japan.

The Japanese are some of the most gracious people I’ve met.  They did everything to make our trip enjoyable and fruitful.  We truly got to experience the Japanese culture.

Our first of several meetings was at the national event in Tokyo. Since MannaRelief is new to Japan, I shared the story of how we started and ended with where we are today.  Chad told of his experience on the Romanian trip and encouraged them to go with us in 2010.

I then did two workshops at the event.  They were very well attended and I was able to give more detail on who we are and how they can get involved.  I was also blessed to meet many of the Hope children and their parents during these workshops.  What an honor it was to see these families who were so encouraged and full of hope!

On Sunday, we were privileged to attend a worship service.  It was an amazing experience!  I, along with others, spoke and was able to give my testimony from a Christian perspective.  Four people accepted Christ as their Savior that day!

We then went to Kyoto and Osaka where we did two more meetings.  Chad shared about how Romania 2009 impacted him.  He said that he went to make a difference in the lives of the children, but he was the one who was changed.  By the end of these meetings everyone was ready to do their part to make MannaRelief Japan a success.

Two more people received Christ as their Savior.  One man was also baptized in a river in Kyoto!  It was very cold and rainy and there was a crowd of locals and tourists watching, but it was one of the highlights of the trip.  After he came out of the water, the rain stopped and there was a rainbow!  It was beautiful!  We were able to share with him the significance of the rainbow and God’s covenant with him.

I’m so thankful for the willingness of the Japanese to open their hearts to the children of Japan through MannaRelief.